As you may have heard, a public discussion of the fate of the 198 has been reignited with the release of a set of proposals by the Greater Buffalo Niagara Regional Transportation Council (GBNRTC). As this work has occurred, the Design Committee of the Scajaquada Corridor Coalition (SCC) has followed a parallel path to come up with a set of proposals to also serve as a blueprint for the future.

With multiple goals: including reuniting the separated sections of Delaware Park, re-energizing the communities at the eastern end of the roadway, allowing Buffalo State to become a waterfront campus, helping Waterkeeper to reclaim Scajaquada Creek as a usable waterway and promoting economic development at the western end of the corridor, the SCC has released its plans. Please view these as a way to compare and comment on what the Greater Buffalo Niagara Regional Transportation Commission (GBNRTC ) has proposed. Bird's eye view facing north/northeast, from above the Black Rock Canal, looking toward Tonawanda and Amherst Streets at the restored historic Black Rock Harbor and the mouth of Scajaquada Creek. The waterfront campus of Buffalo State College is in the distance. 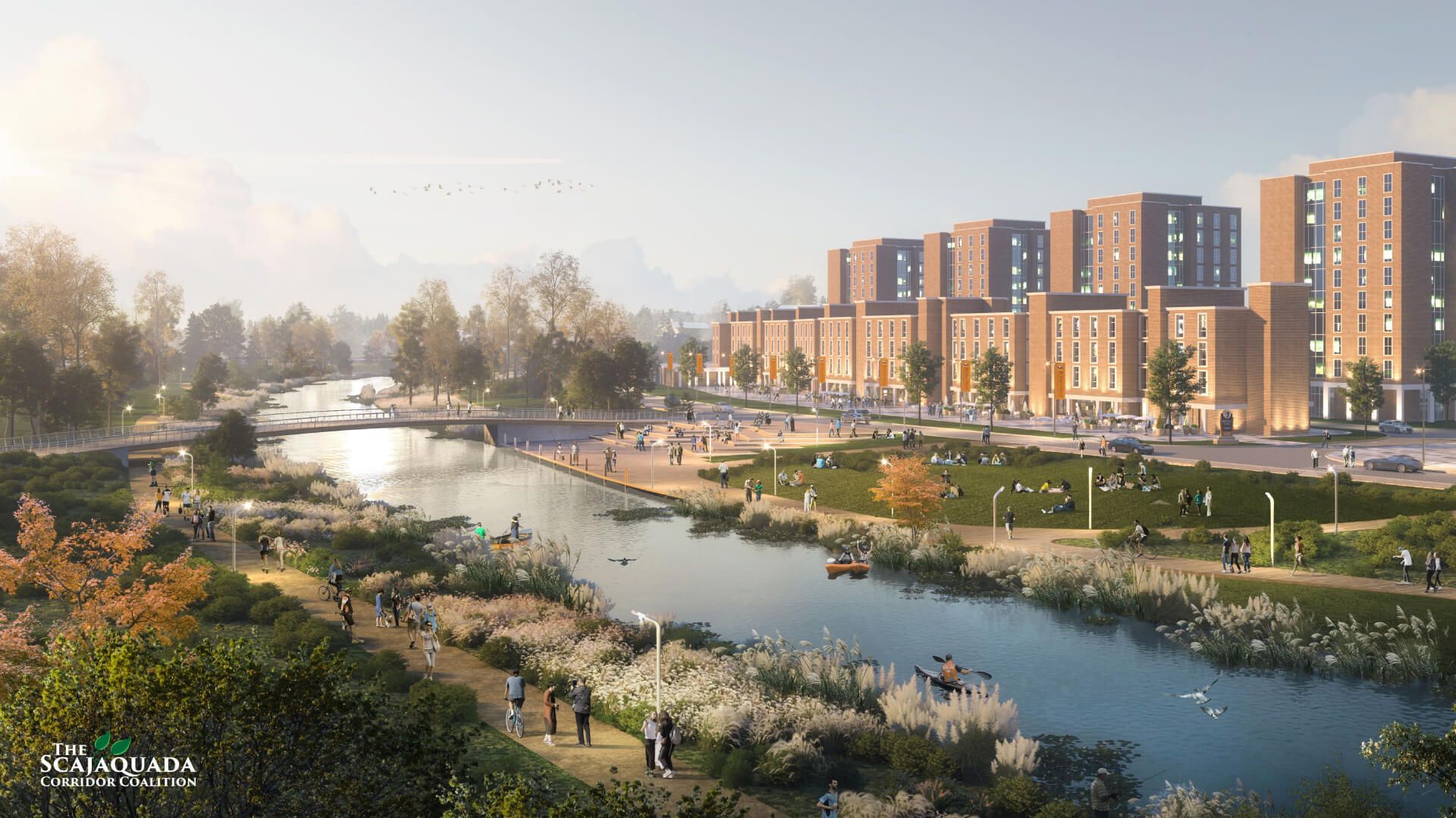 Facing east, along the former Scajaquada Expressway in the vicinity of Wegmans on Amherst Street, overlooking Scajaquada Creek near the finger dam, and viewing Buffalo State College as a revitalized waterfront campus. 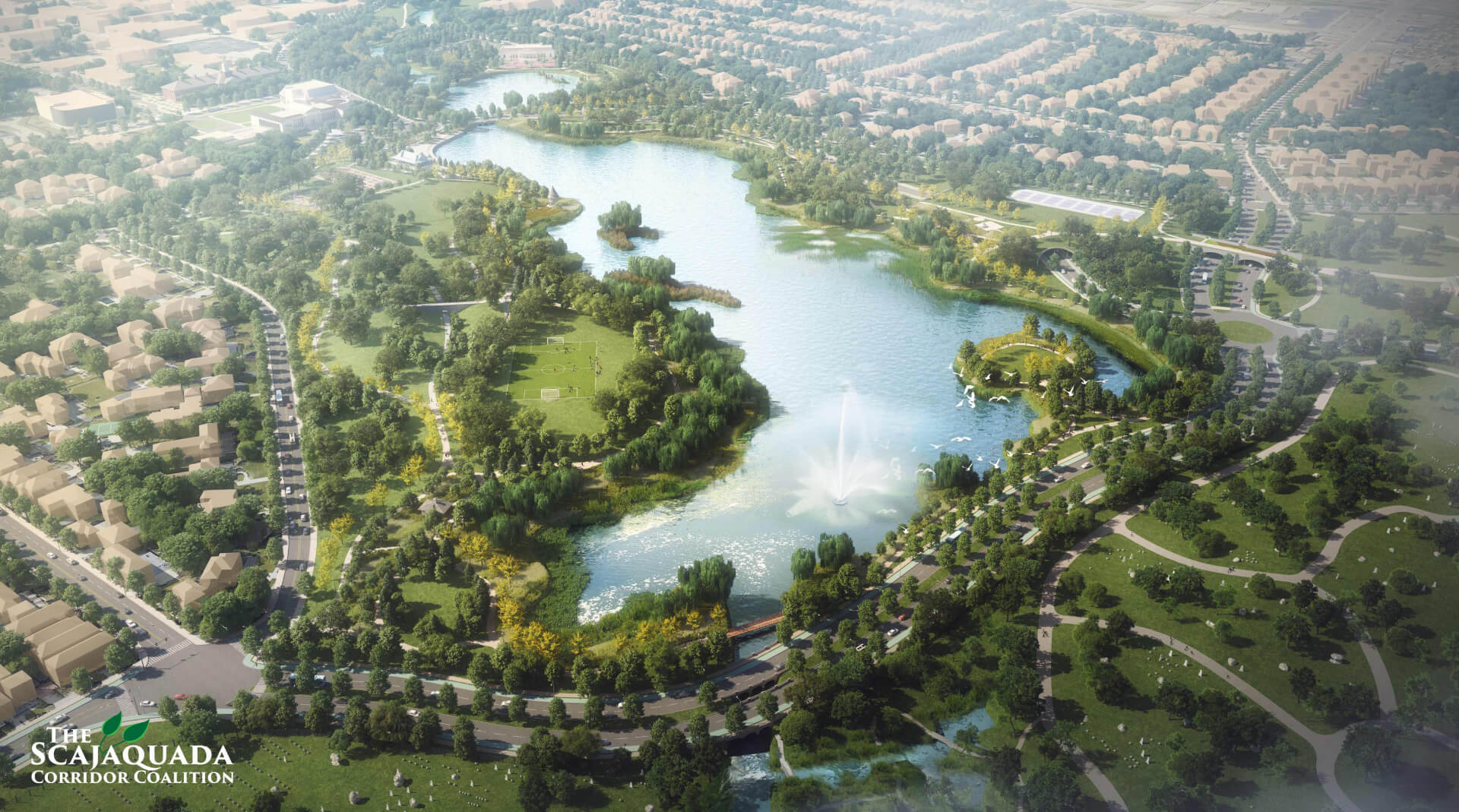 Facing northwest toward the History Museum over an expanded Hoyt Lake, with islands and peninsulas restored to Delaware Park. Facing southwest in Delaware Park, from the Point of the Meadow Shelter and soccer fields overlooking a reconnected historic Olmsted park across the Stone Arch Bridge, which sits between the Meadow side of the park and the Hoyt Lake side of the park. 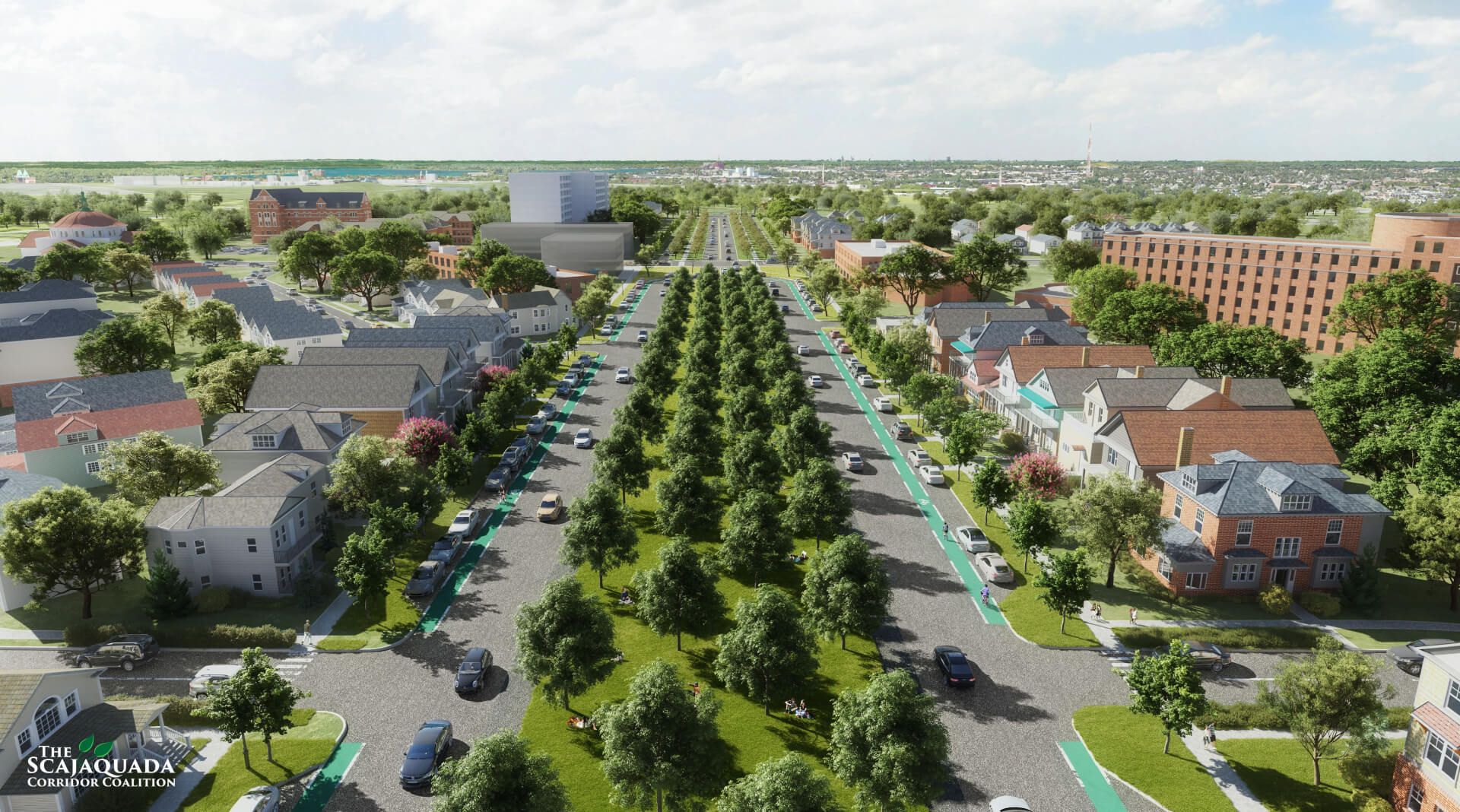 We urge you to review each of the four proposals advanced by the GBNRTC. They provide a thoughtful set of options from which to select the individual pieces which may ultimately become the redesign of the 198. The deadline for commenting on the proposals is quickly approaching on May 22 and your input is important. Please share your comments with GBNRTC.

Please share this on your social media platforms and with your network! This is a generational project whose impact will be felt long after we are gone. So, we ask you to do your part for yourself and for your children and grandchildren to ensure a positive conclusion to this discussion. Remember – We are Buffalo and we deserve it.

For Region Central, Investments in Walkability are a Necessity