For Region Central, Investments in Walkability are a Necessity

The GBNRTC will soon be presenting several mobility scenarios for Region Central for public review and comment. Each scenario will offer a different possible solution for mobility in Region Central. When they are released, we will be sure to read them and offer our commentary. In this moment, we only want to remember why any viable scenario will be one which prioritizes walkability.

One in four households in Buffalo does not have a car1. Imagine if the City's sewer systems only reached three out of four households: it would be rightfully decried as a catastrophic failure of government. That is the reaction we should have to a transit plan that serves only three out of four households. If one looks at how car ownership is distributed across census tracts in Region Central, some neighborhoods emerge as particularly reliant on walkable infrastructure, as roughly a third of households on the Upper West Side and nearly half in parts of the East side lack access to a car. Walkability is crucial both in and of itself and as part of the public transit network. The 198 expressway fails on both counts: it is neither walkable, bikeable, nor does it have a commuter bus line, so it is not a connector route when it comes to actually connecting people from different neighborhoods in the region or the city. 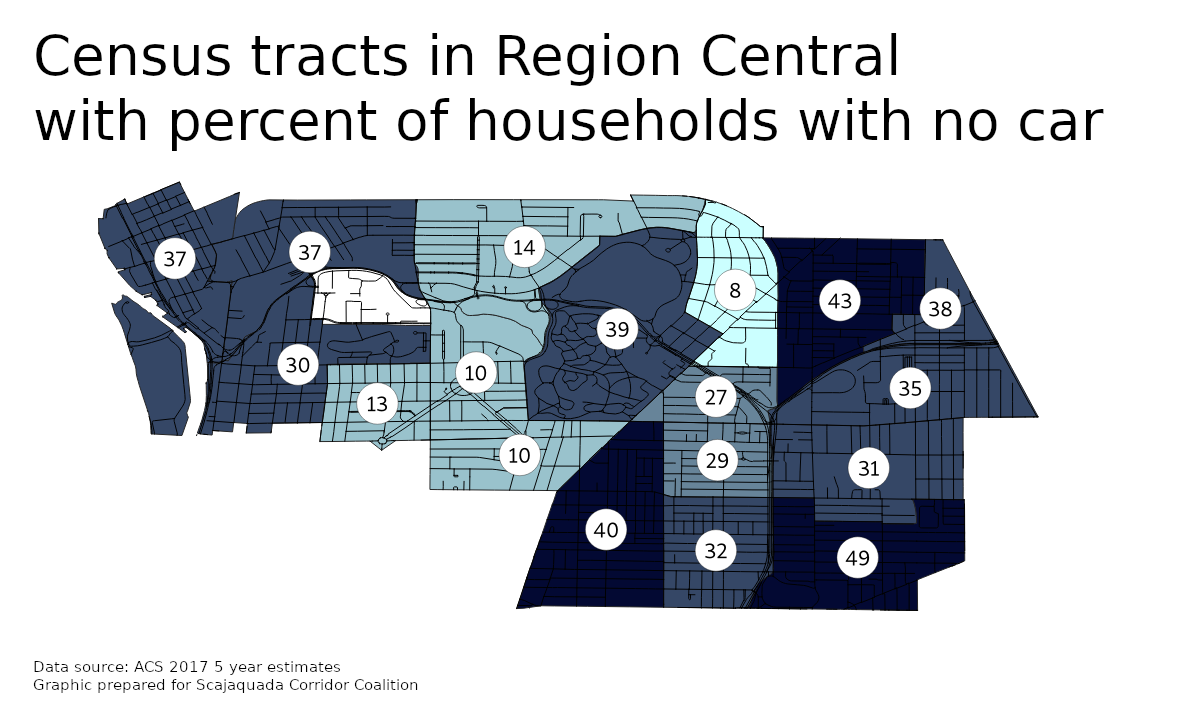 Low rates of car ownership correlate with socio-economic factors, as one would expect, since not owning a car means not paying for gas, insurance, maintenance, repairs, registration, parking, or tolls. Others choose not to own one for reasons of health or ecology. But even for residents who do own cars, driving is not necessarily the first choice for all journeys. The point of living in a city is to be near places: jobs, amenities, and community. What we call our neighborhoods are the spaces and places which we consider near us. “Nearness,” as a quality, is not just defined by distance, but by ease, comfort, and safety of travel. Nearness does not function in the face of impassible obstacles to walking. In this sense, to take one example, McKinley high school is not near the Albright-Knox, even though we would want high school students in our city - most of whom do not drive - to have safe, easy access to the benefits of living in the city. In terms of access and lived experience, the walkable city is the city.

We speak of significant investment, because it makes good financial sense to do so now, with the Federal government poised to spend over $350 billion on the country's highway system over the next five years 2. Americans know that this amount of money for infrastructure does not come around every decade, so we must all ask ourselves what is the best investment of this funding in the long term? The Office of the New York State Comptroller found that in 2009 cities spent on average $21,966 per lane mile of highway maintained [3], or a bit under $300,000 for the Scajaquada Expressway. The decision to retain, and thus to continue to maintain, an urban expressway is an extremely expensive one. Region Central would be better served if those yearly budgets were put into the streets which actually serve as our main corridors: Forest, Delavan, and Fillmore Avenues, to name a few. These are multimodal routes as well as commercial corridors hosting small businesses, generating jobs and local tax revenue. If you agree that now is the time for the city to shift its infrastructure and its priorities towards the walkable street grid, now is the time to send your comments to the GBNRTC. You can also follow us on social media or subscribe to our newsletter to receive the latest updates on Region Central and the implications for the Scajaquada Corridor.